Sorry, there are no recent or upcoming fairs at this time.

Barre Publishers' Reproductions of Charts from The Atlantic Neptune, 1966-1971

Joseph F.W. Des Barres’ Atlantic Neptune is regarded as one of the great cartographic achievements of the 18th century. Consisting of 178 individual leaves of charts, views and supporting text, The Atlantic Neptune covered the coast of North America from Nova Scotia to Florida, as well as much of the Gulf Coast and parts of Jamaica and Cuba. It was published in London between about 1774 and 1782 in response to the British Royal Navy’s need for accurate charts during the American Revolution. The charts, known for their precision and accuracy, are highly prized today for their beauty and simple elegance. From 1966 to 1971, nearly 200 years after the initial publication of The Atlantic Neptune, Barre Publishers produced a remarkable series of reproductions of charts, views and title pages from it. Barre reproduced 62 of the leaves from the Neptune in four series.

The Barre Publishers’ reproductions were printed using offset lithography from original Neptune sheets from the collections of noted Boston map collector Augustus P. Loring and the Massachusetts Historical Society. The printing was done by The Meriden Gravure Company of Meriden, Connecticut on archival quality Curtis Rag paper. The charts and views were hand colored by Martha and Mitzi Berrien of New York City and Cape Cod using the pouchoir (stencil) method.

The reproductions were issued in four series. Each series could be purchased as a full set in a buckram portfolio at prices from $275 to $325. Individual leaves from the series were also offered at prices ranging from $10 to $37.50. The total number of impressions produced for the first series was approximately 250; for the second, third and fourth series, it was around 200 copies. The details of the plates and prices for the four series appear on pages 28-29 of the Barre Publishers’ Fall Catalogue for 1973 reproduced below. (Although the Barre Publishers’ Catalogue stated that 500 sets of each series were to be printed, the actual print runs were the lower amounts cited above.) It is interesting to note that originals of several of the charts and views from The Atlantic Neptune now command prices in the tens of thousands of dollars.

The original Atlantic Neptune was a cartographic masterpiece. The quality and attention to detail exhibited by the Barre Publishers’ reproductions from the Neptune are a fitting tribute to J.F.W. Des Barres’ achievement. Indeed, a review of the Barre reproductions appearing in the Quarterly Journal of the Library of Congress called them “the most noteworthy cartographic facsimile thus far produced in this country.” Through the Barre Publishers’ reproductions, the Neptune’s charts and views remain accessible to today’s map and print collectors.

Map of the Principal Part of the Representative District in the North part of the county of Washington as formed in the year 1831... 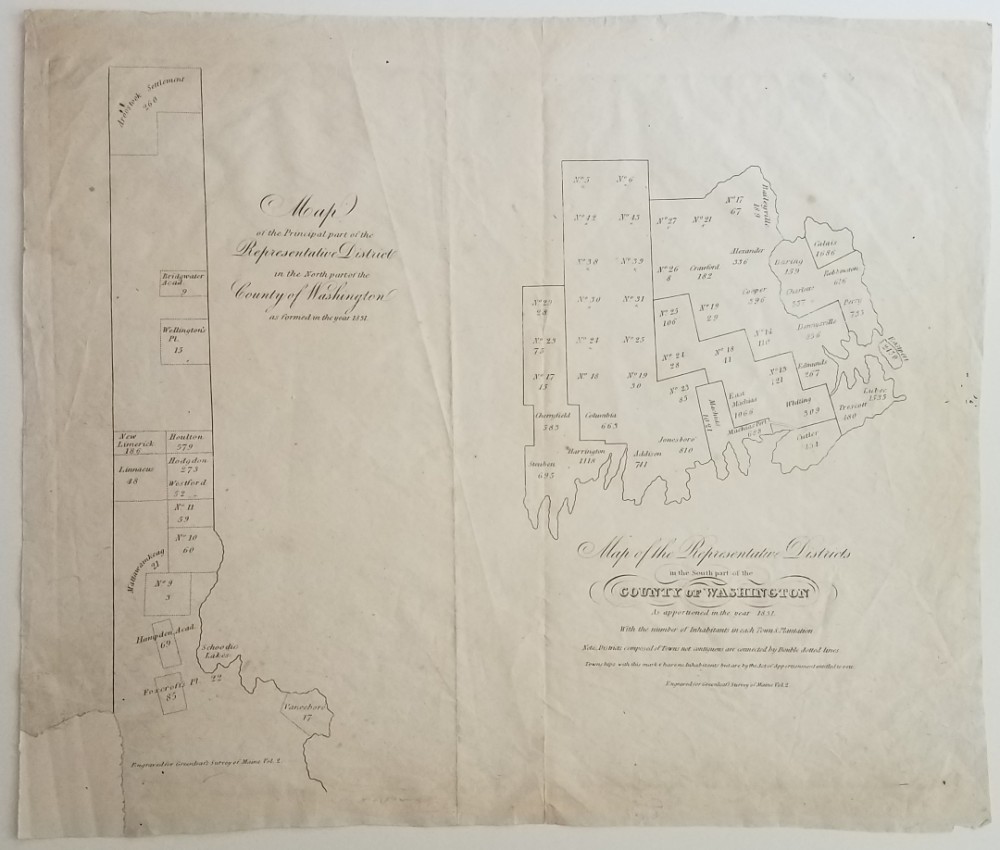 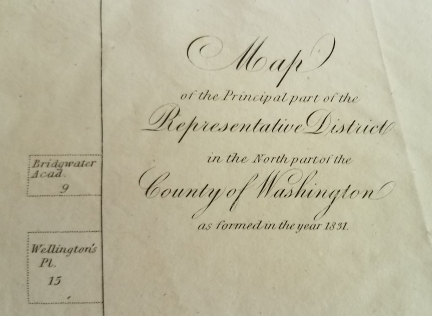 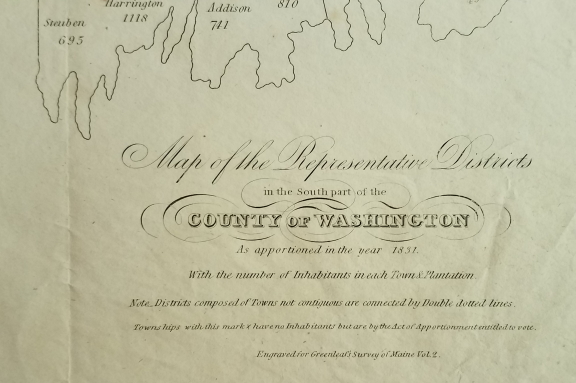